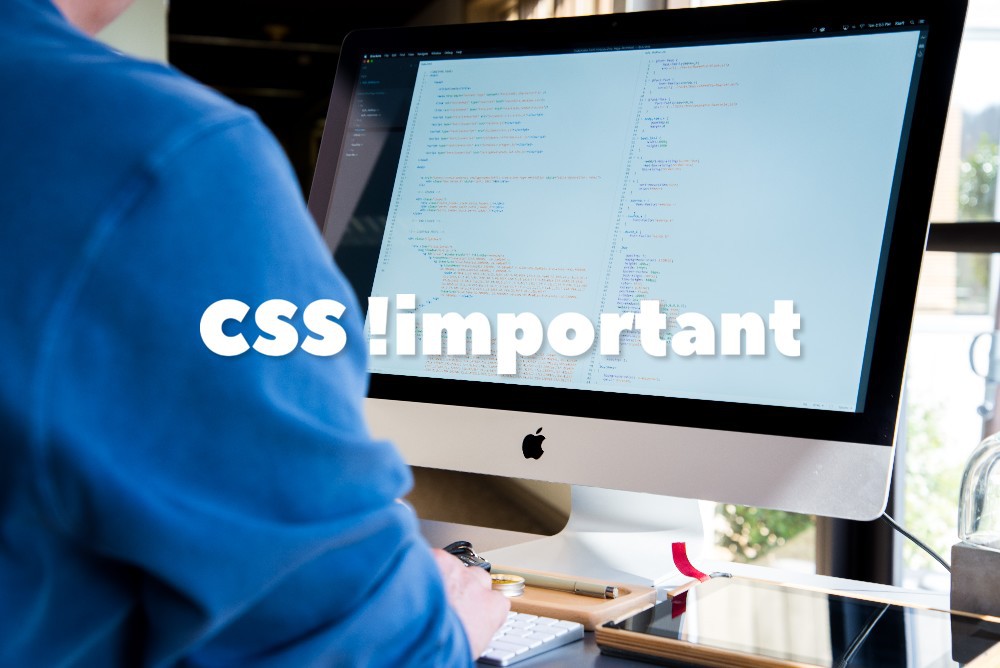 How is it declared?

The !important declaration is a keyword that can be added at the end of any CSS property/value. For example:

What is its impact?

The CSS assigns a weight to each rule depending on the specificity of its selector and its position in the source. This determines which style is applied to an HTML element.

If 2 rules conflict on a single element then the following principles will be applied:

There might be times when it would be useful to change the order of sequence. It's possible to break that cascading chain by using the !important CSS declaration. When the !important declaration is used on a property/value, that value becomes the most important for that property and overrides any others.

In this example, the second selector is more specific and declared last but the first rule will take precedence because the !important declaration overrides any other value that is set for this element.

If an !important keyword is appended to a shorthand declaration:

It's the same as adding it to each property:

When should you use !important ?

Here are some examples when the !important declaration can be used:

Internet Explorer 5 and 6 ignore the !important declaration if the same property is declared twice in the same block of styles.

The !important declaration can be used to override inline styles generated dynamically by WYSIWYG editors in content management systems.

Text formatting defined via a WYSIWYG editor is inserted in the HTML code as inline styles. But those inline styles can be overridden by the !important declaration in the author stylesheet.

For example, a user may want to have a line of text styled in red:

But the site's author can override this declaration by forcing all paragraphs of text within the content area to be styled in black:

The !important declaration can also be used in a print stylesheets to make sure that the styles will be applied and not overridden by anything else.

What are the downsides?

In CSS1, an important declaration in an author stylesheet took precedence over the user's stylesheet. This order has been reversed in CSS2 to make sure that users can always overwrite an author's stylesheet if wanted.

The !important declaration if used without much consideration can make CSS files difficult to maintain but if used with forethought, it can save time and effort.

This article was written by Brigitte Simard a web developer at the user experience consultancy, Webcredible.

How would you rate the quality of this content?
Currently rated: 3.6 out of 5 stars. 3 people have rated this article.

I have been working with web standards based design for many years now and I see many rookie mistakes. When newbies get started with CSS/XHTML based web design, most of their work is focused on just getting the page to look like the Photoshop comp. ..

CSS style sheets have made it easier to handle web pages during web development. CSS or Cascading Style Sheets as the name suggests is a style sheet that allows you to easily link to other documents in your website. ..